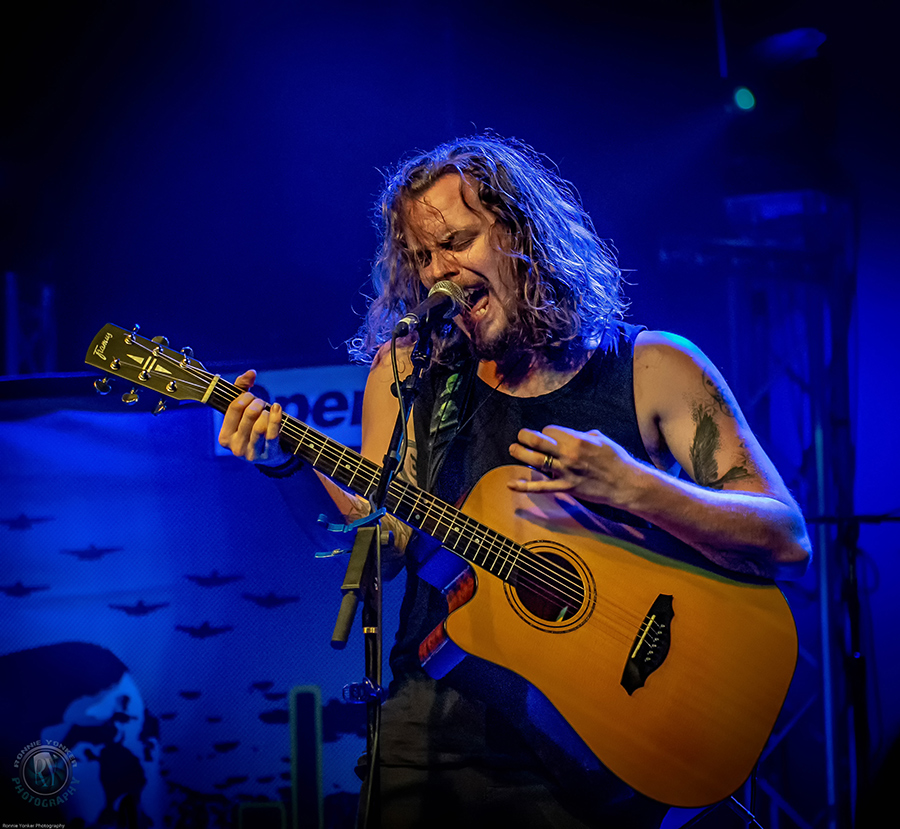 Cork-based Irish Rock musician Mark Daly’s artistic chops have never been up for debate. Mark’s sound is raw, energetic rock music that has influences from classic rock bands, but also appreciates a modern rock sound with a blend of both. He’s built an impressive following during his tours with the likes of Candlebox, Geoff Tate (Queensrÿche), and more.

Mark has performed at the MTV EMA Awards in Belfast with his previous band, The Voodoos, after beating over 10,000 other unsigned bands from around Europe to the slot. He hit #1 on the Scottish New Music Charts with his Autism Awareness Charity solo single Your World, inspired by his son, Noah. Adding to the list is his songwriting work with Geoff Tate-led supergroup, Operation: Mindcrime. He recently performed on the Monsters of Rock Cruise 2022 alongside Alice Cooper, Buckcherry, and more. He began his songwriting with 2016’s The Heart’s Reminder (no. 2 on the Irish Downloads Chart) and has continued that work into his debut album When the Stars Align.

In the summer of 2021, Mark teamed up with Avantasia guitarist and world-renowned producer Sascha Paeth (Kamelot, Rhapsody of Fire, Angra, and more) to begin work on a new hard rock album, Peace in the Panic. Mark’s friend, Clodagh Kearney, provided backing vocals on Nothing to Lose and Bottled Up. The album was recorded in Sascha’s home studio, Pathway Studio, in Wolfsburg, Germany. Nothing to Lose, his four-song EP release, is his latest work. The entire Peace in the Panic album, including the songs from the EP, will be released in early 2023, with tour dates across the US and Europe lined up throughout the year.

Portions of Nothing To Lose artwork by Eric Fritz is licensed under CC BY 3.0
Scroll to top

We may request cookies to be set on your device. We use cookies to let us know when you visit our websites, how you interact with us, to enrich your user experience, and to customize your relationship with our website.

Click on the different category headings to find out more. You can also change some of your preferences. Note that blocking some types of cookies may impact your experience on our websites and the services we are able to offer.

These cookies are strictly necessary to provide you with services available through our website and to use some of its features.

Because these cookies are strictly necessary to deliver the website, refuseing them will have impact how our site functions. You always can block or delete cookies by changing your browser settings and force blocking all cookies on this website. But this will always prompt you to accept/refuse cookies when revisiting our site.

We fully respect if you want to refuse cookies but to avoid asking you again and again kindly allow us to store a cookie for that. You are free to opt out any time or opt in for other cookies to get a better experience. If you refuse cookies we will remove all set cookies in our domain.

We provide you with a list of stored cookies on your computer in our domain so you can check what we stored. Due to security reasons we are not able to show or modify cookies from other domains. You can check these in your browser security settings.

We also use different external services like Google Webfonts, Google Maps, and external Video providers. Since these providers may collect personal data like your IP address we allow you to block them here. Please be aware that this might heavily reduce the functionality and appearance of our site. Changes will take effect once you reload the page.